GMO stands for genetically modified organism, which is a quite controversial topic. The United States Department of Agriculture (USDA) says that GMO seeds account for 90% of planted corn, cotton, and soy in the US.

In general, health organizations suggest that GMO foods are safe; however, many people question these statements.

In this article, we will briefly define GMO foods and then cover some advantages and side effects of consuming them.

What are GMO foods?

Genetically modified organisms are obtained through the genetic engineering of DNA. GMO crops contain added genes that serve one or more of the following reasons:

Previously, giving crops desirable traits was done through selective breeding; however, this process takes several generations. Modifying the crops genetically has a significant impact on the rate of change.

A commonly modified crop is corn. The new crop is known as Bt corn, which produces the insecticide BT toxin. The corn becomes more resistant to pests and lowers the need for pesticides.

Around 80% of all foods in supermarkets contain one or more ingredients from GMO crops. Despite the controversy, organizations, such as the Food and Drug Administration (FDA), Environmental Protection Agency (EPA), and USDA, believe that GMO foods are completely safe.

GMO foods offer several benefits to farmers and consumers alike. For instance, GMO crops have the genes to protect themselves from pests and insects. Consequently, there is no need to use chemical pesticides.

In one analysis that included 147 studies, researchers found that GMO technology lowered the use of chemical pesticides by 37%. Conversely, crop yields went up by 22%.

Another commonly inserted gene in GMO crops helps with resisting stressful environments. For instance, blights and droughts are often the causes of poor crop yields. With GMOs, this is no longer the case.

The safety of GMO foods

While the majority of evidence shows that GMO foods are safe, some concerns are still out there, including the higher risk of:

The scariest side effect of GMO foods is cancer, so let’s talk about it:

Since cancers result from DNA mutations, it makes sense that some people fear the genetic modifications that GMO crops undergo.

In an early study done on mice, researchers linked the intake of GMO foods to a higher risk of tumors. However, the results of this study were retracted due to its poor design.

There is currently no human research that links GMO foods to any type of cancer.

The topic of GMO foods is controversial for many reasons. Modifying the DNA of the food we eat seems like a scary process; however, most government agencies believe that GMO foods are completely safe.

We hope that this article helped improve your understanding of GMO foods and the health concerns that come with them. Click “Sports Doctor” for more information and Follow us on Facebook.

Here’s to your health! 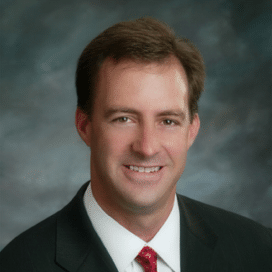 Enjoy life to its Fullest!

Disclaimer:  This information is provided as an educational service only, and is not intended as a substitute for medical advice.  Anyone seeking specific medical advice or assistance should consult his or her doctor or orthopedic surgeon.